One Escape is an intriguing escape adventure game in which you have to control your character to escape from prison after overcoming obstacles.

In this game, your task is to control your character to escape from the prison. Jump over the platforms. Break the doors. Collect coins along the way.

Your character and his friends have banded together to rob a bank to become a billionaire. They planned meticulously and everything went according to plan until they were about to leave. The police came and arrested them. From there, an escape plan has arisen in your character. Help him to overcome the obstacles and find the key to escape from the prison.

This game will give you interesting experiences when transforming into a criminal with the desire to escape from prison. Whether he escapes or not is up to you. Good luck!

Features of One Escape 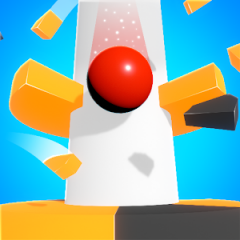